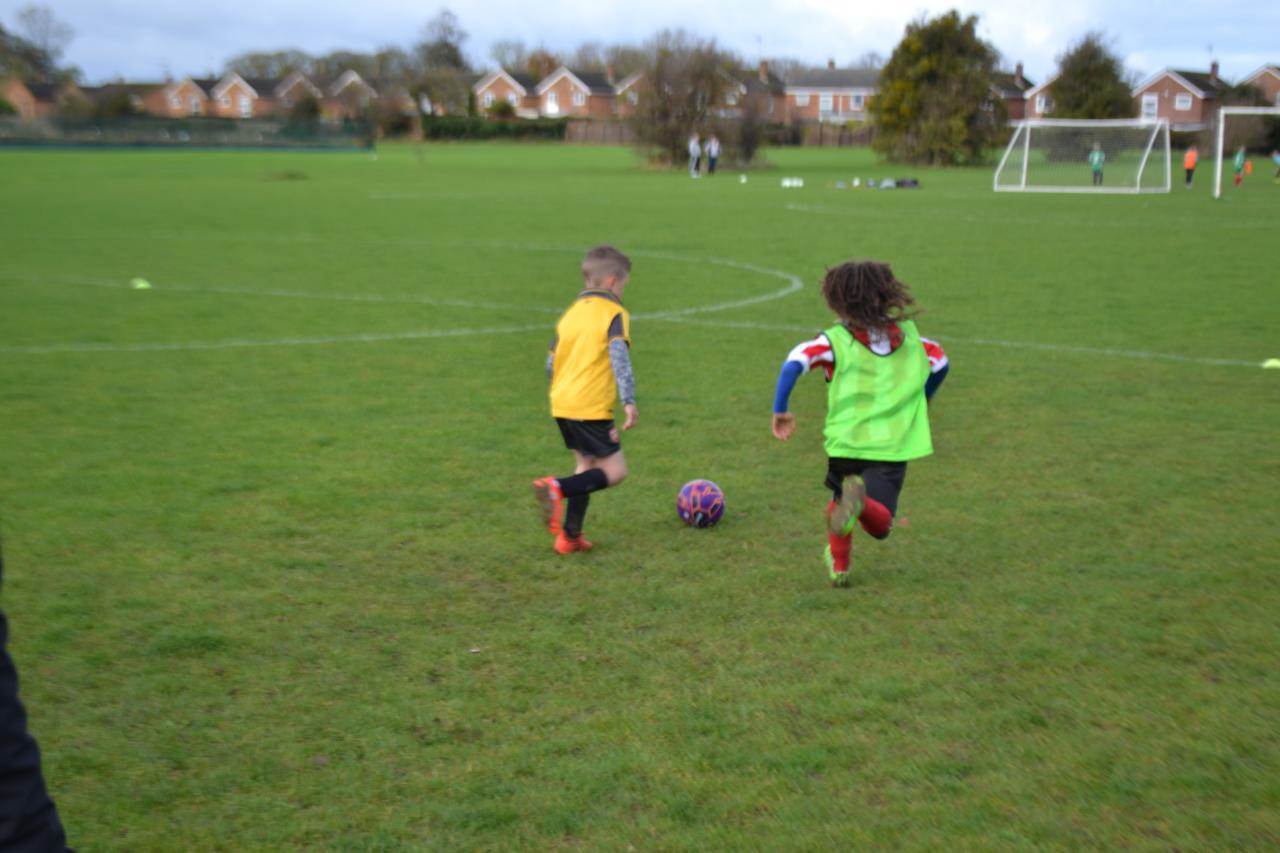 Two of our September practices will be swapped for tournament days so this session plan is likely to be used for just our first two and final practice of  September.

It'd be good to have the lads throwing the ball in correctly at this tournament and there's still plenty of potential for improvement for long passing and shooting which are fundamental skills at any age.

If kick goes through or past P1 then he retrieves or grabs another ball.

If kick controlled by P1 then play same ball again.

Aim to drill ball in the air or along the ground with laces or instep.

Piggy in the Middle

1 ball, starts when 3 or more players sent from activity 1.

Allow lot's of space and encourage passers to keep the triangle/square/shape and support if pass misses target.

1 piggy up to 7 players then split into 2 games.

Conor with support from Frank and Andy (basically get in grid and encouraging/providing obstacles).

1min of Dribbling alternating with Foot touches on ball.

Dribbling and turning on ball

Set 2: Ask someone to demo drag back turn then 1 min with lots of turns

Each set ask them to count # of touches.

Last set half count, half work

In pairs or 3s throw ball to partners at each cone

Ask for demo of longest throw

How far back does ball have to come? Ball to back of head

Now 1 min throw ins touching ball to back of head

Can we take feet off the floor when throwing? No

Can i throw diagonally? Yes if chest facing target